The journey to Singapore was amazing when recording artist Joel Crafton AKA ‘Black Pinoy’ landed in Singapore to complete a six-month music tour 2016-2017. Joel Crafton became one of the most recognizable faces throughout Singapore, generating a large fan base that spanned from his eleven-year musical contract in Hong Kong. The dedication of his devoted friends and fans that didn’t have to work on a Sunday discovered they had a chance to meet and greet Joel Crafton in the famous Singapore mall, Lucky Plaza. One fan said, “Joel Crafton is one of the most accessible celebrities on the planet” fans took pictures and candid shots. The love and respect from millions of miles away from the USA, is living proof that God is in the hearts and mind of those who seek him. 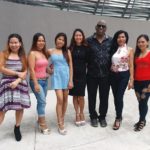 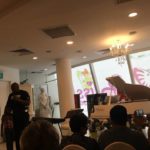 A great day in church in Singapore. Joel Crafton must have met about 400 people and a lot of them attended the concert.

I Come To You Jesus, Broken Down – promo snippet